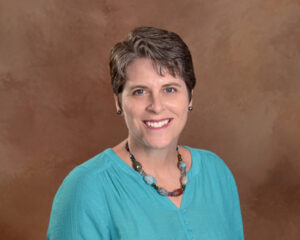 Reverend Lory Beth Huffman is a native of Asheboro, NC. She attended the University of North Carolina at Chapel Hill where she graduated from the School of Public Health with a degree in Health Education. It was there that she heard her call into ministry. However, she worked for over 2 years as a Health Educator at a local Health Department in Randolph County before attending seminary at Candler School of Theology at Emory University in Atlanta, GA.

Lory Beth was ordained a United Methodist minister in 1997 and has served St. Luke’s UMC in Hickory as Associate Pastor, and then pastored First Taylorsville, Sharon UMC in Charlotte and most recently Centenary UMC in Winston Salem. She also served as District Superintendent of the Appalachian District from 2012-2015.

She is married to Greg Huffman, an attorney who serves as Corporate Counsel to Moretz Marketing, Inc. in Hickory, NC. He is also the Conference Chancellor to the Bishop of the Western North Carolina Conference.  Greg was formerly a member of Boone UMC and played drums in the praise band. They have two cats and love watching movies, exercising, the mountains, and traveling in their spare time.


No Favorites Has Been Added!